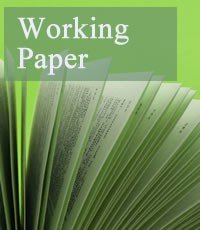 Publication date
June 24, 2021
Author(s)
Paper language
English
Abstract
On the one hand, the German government is known for being reluctant to adopt accrual accounting for government accounting. On the other hand, German advocates of accrual accounting usually emphasize the need for a conceptual framework based on the German principle of (asymmetric) prudence [1]. This became clear not least in the context of the activities of the EPSAS working group (set up by the European Commission and headed by Eurostat). Its task is to develop a proposal for harmonizing public sector financial accounting in the member states of the European Union. The future European Public Sector Accounting Standards (EPSAS) are planned to be based as far as possible on International Public Sector Accounting Standards (IPSAS). From the very beginning, this decision had many critics particularly from Germany, with reference to the absence of the principle of prudence in the Conceptual Framework of IPSAS (IPSAS CF). These concerns could not be entirely eliminated even by anchoring the (cautious) prudence principle in the draft EPSAS conceptual framework (EPSAS CF).

In contrast, conceptual analyses – comparing IPSAS and German GAAP for each of the accounting items – show a high degree of conformity, whereas the extent of this depends on how existing options in IPSAS are exercised.[2] Furthermore, the Institute of German Auditors emphasised that the German asymmetric prudence principle might not comply with the public sector specific principle of intergenerational equity. In its most recent EPSAS related publication[3] a reference is made to Adam/Heiling/Meglitsch[4] (2021) who argue, that the asymmetric approach hinders a faithful representation (including cautious prudence), which should be the aim of GPFS in the public sector. However, their analysis is mainly limited to the accounting for fixed assets and provisions. Hence, there is a need for a more comprehensive analysis in several regards: covering more prudence related aspects (e.g. realisation principle) as well as balance sheet items and a theory-based analysis of an empirical, real life case study.
Against this background, we analyse major differences between GPFS prepared according to IPSAS and according to German GAAP in practice. The study addresses whether these differences relate to the respective prudence or faithful representation principle and whether the effects are material. To our knowledge, no such comprehensive study has been conducted to date. The analysis is based on the example of the German federal state Hesse, comparing its consolidated financial statements for the year 2019. The analysis became possible as Hesse just published two different financial reports: one according to German GAAP and another according to IPSAS.[5] From the results, conclusions can be drawn for a realistic perspective on the development of EPSAS and EPSAS acceptance in Germany.

How to get the paper

From the author (email)
This email address is being protected from spambots. You need JavaScript enabled to view it.
Tweet

Newsletter Subscribe to our Newsletter to get all the latest news