The Translation and Sedimentation of Accounting Reforms. A Comparison of the UK, Austrian and Italian Experiences 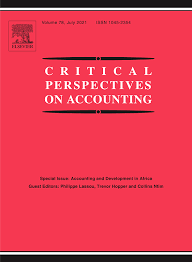 Publication date
January 01, 2014
Author(s)
Paper language
English
Abstract
Since the late 1980s, there has been a significant and progressive movement away from
the traditional Public Administration (PA) systems, in favour of NPM-type accounting tools
and ideas inspired by the private sector. More recently, a new focus on governance
systems, under the banner Public Governance (PG), has emerged. In this paper it is argued
that reforms are not isolated events, but are embedded in more global discourses of
modernisation and influenced by the institutional pressures present in a certain field at
certain points in time. Using extensive document analysis in three countries with different
administrative regimes (the UK, Italy and Austria), we examine public sector accounting
and budgeting reforms and the underlying discourses put forward in order to support the
change. We investigate the extent to which the actual content of the reforms and the
discourses they are embedded within are connected over time; that is, whether, and to
what degree, the reform ‘‘talk’’ matches the ‘‘decisions’’. The research shows that in both
the UK and in Italy there is consistency between the debates and the decided changes,
although the dominant discourse in each country differs, while in Austria changes are
decided gradually, and only after they have been announced well in advance in the
political debate. We find that in all three countries the new ideas and concepts layer and
sediment above the existing ones, rather than replace them. Although all three countries
underwent similar accounting and budgeting reforms and relied on similar institutional
discourses, each made its own specific translation of the ideas and concepts and is
characterised by a specific formation of sedimentations. In addition, the findings suggest
that, at present in the three countries, the PG discourse is used to supplement, rather than
supplant, other prevailing discourses.
Keywords
Accounting reforms; New Public Management; Translation; Public Sector; Sedimentation
Category
Type of Paper
Published paper

How to get the paper

Newsletter Subscribe to our Newsletter to get all the latest news